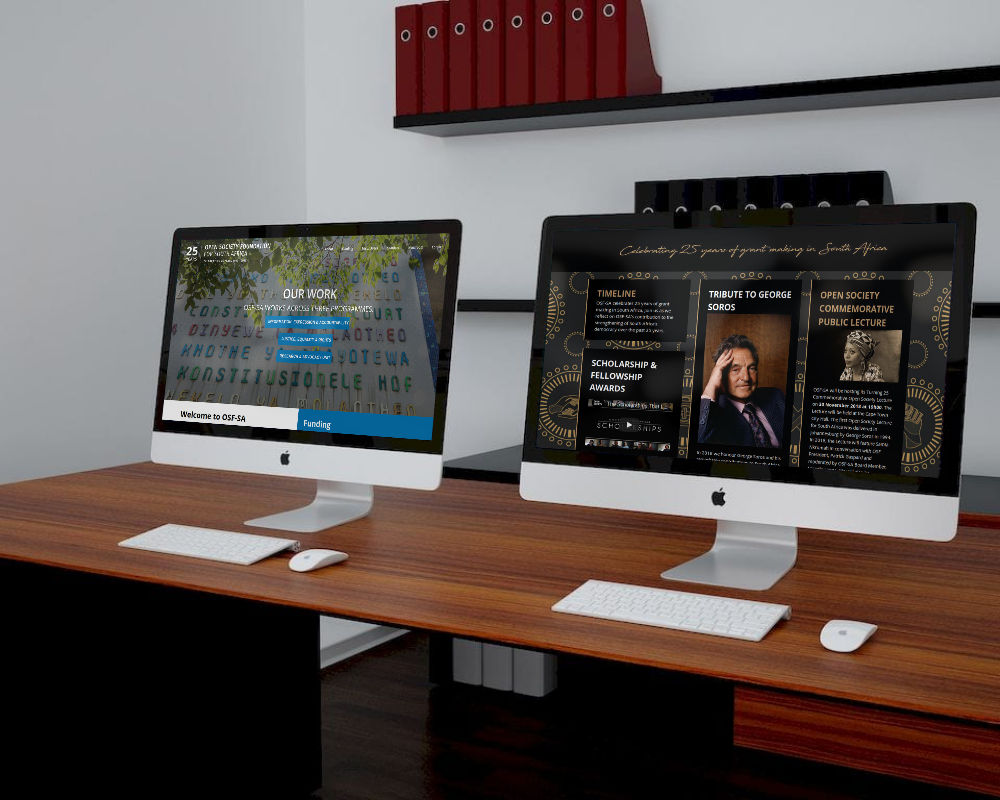 The Open Society Foundation for South Africa (OSF-SA) is committed to promoting the values, institutions and practices of an open, non-racial and non-sexist, democratic, civil society.

Pomegranite has worked with OSF-SA since 2014. Pomegranite built and takes care of their website and social media, predominantly relating to their grantees. We publish news updates regarding events that feature OSF grantees and monitor the media for breaking news involving their grantees.

During November 2018, the Open Society Foundation celebrated 25 years of grant-making in South Africa. The organisation also paid tribute to founder, George Soros, who visited South Africa, along with other OSF international network partners. The celebration was special because his philanthropy was born in South Africa, with the issuing for scholarships for black students to attend UCT in 1979.

Pomegranite built a dedicated website which housed a range of information including a special timeline which displayed archive material from OSF-SA’s 25 years in South Africa, along with tributes to George Soros, special films, press releases and event information.

We also managed several social media campaigns related to the week of celebrations and live-tweeted major events. We were delighted that “#OpenSocietySA25” trended in Cape Town during the celebrations.