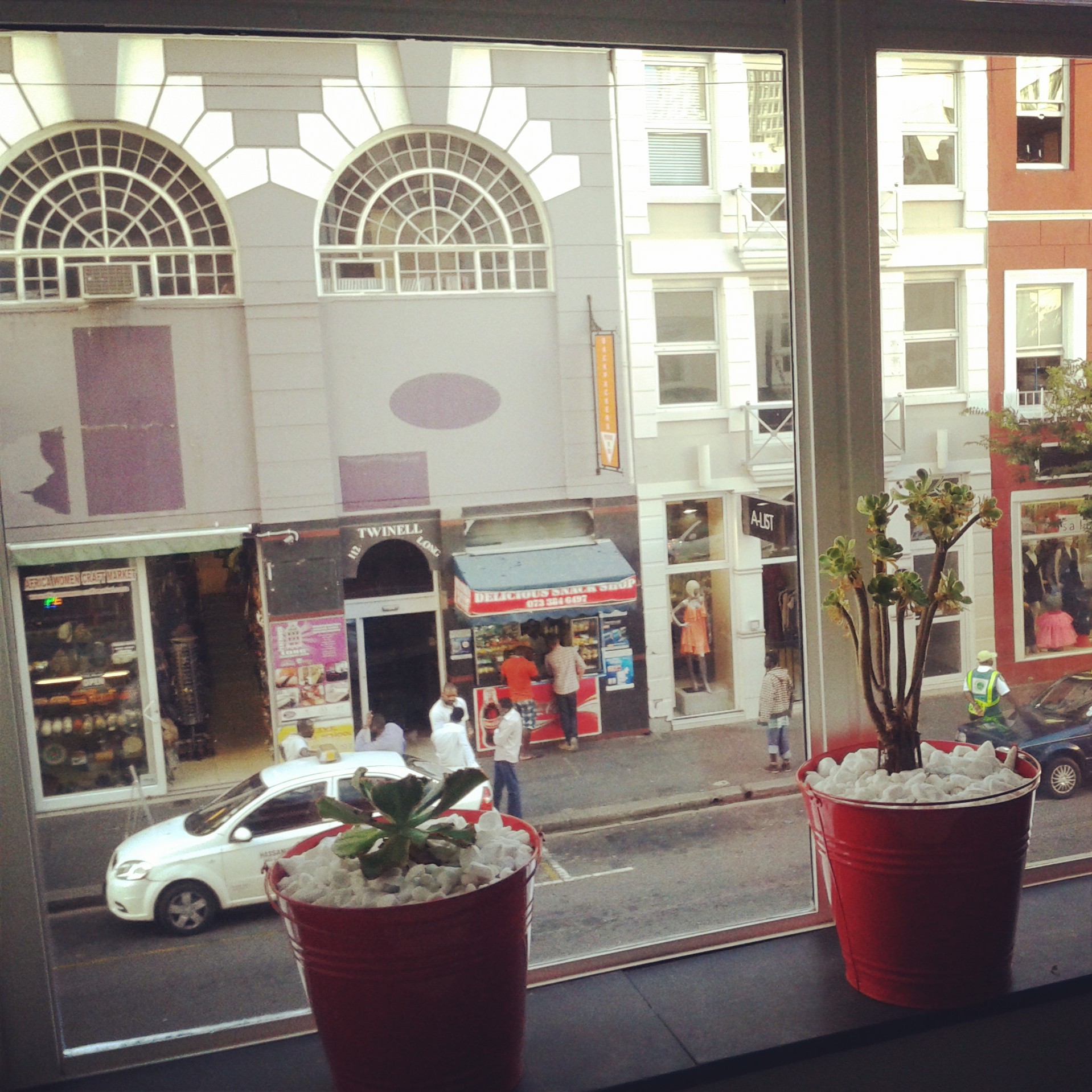 When I worked from home, there was a school next door, and the sounds that would drift in through my window were excited shrieks and yells of break-time games and netball matches. (Side note: teachers should get paid ALL the money.)

Now, in our new offices, it’s the sounds of life on Long Street that filter in through the window – traffic, conversations of pedestrians (both foreigners and locals), sometimes singing, laughter, taxis calling out their destinations, people getting on with things. It’s not that hard to choose which I prefer.

Stepping out onto the pavement, there is so much to see and explore on this vibey street. Each day I notice something different that I haven’t seen before, even though it’s been there all along.

Here is a little taste of life on this famous street. 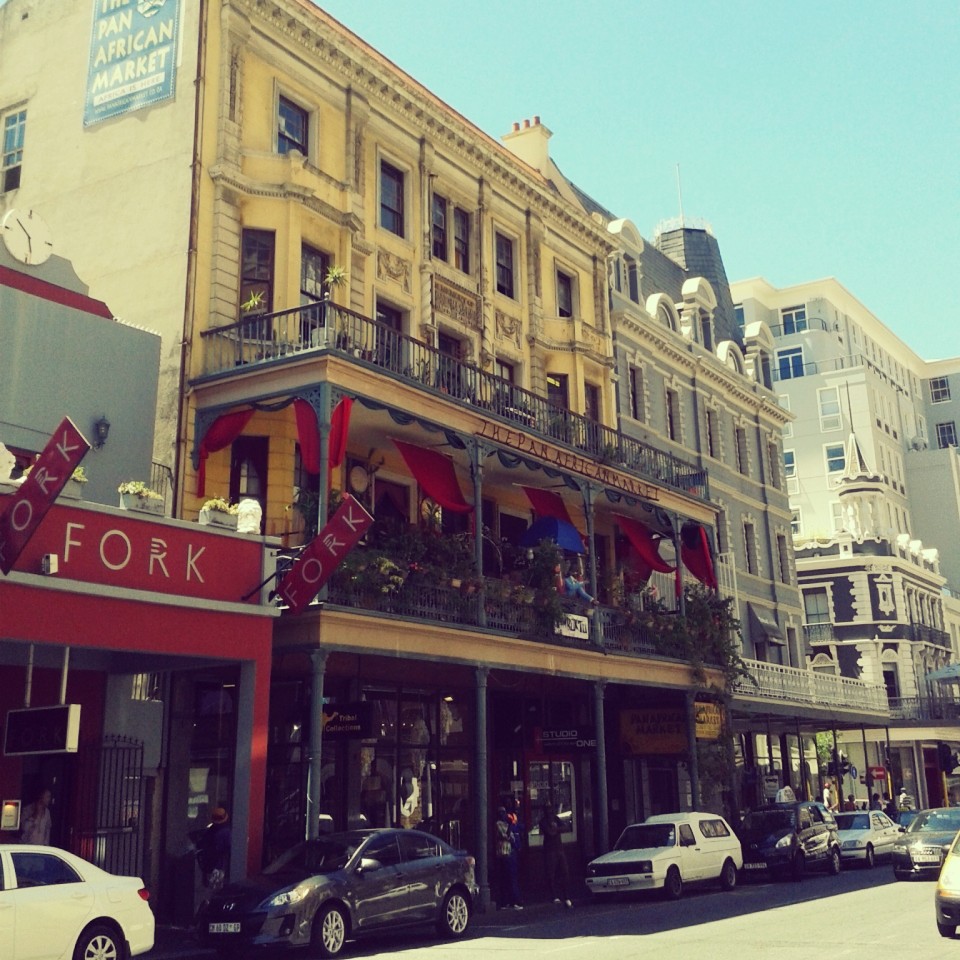 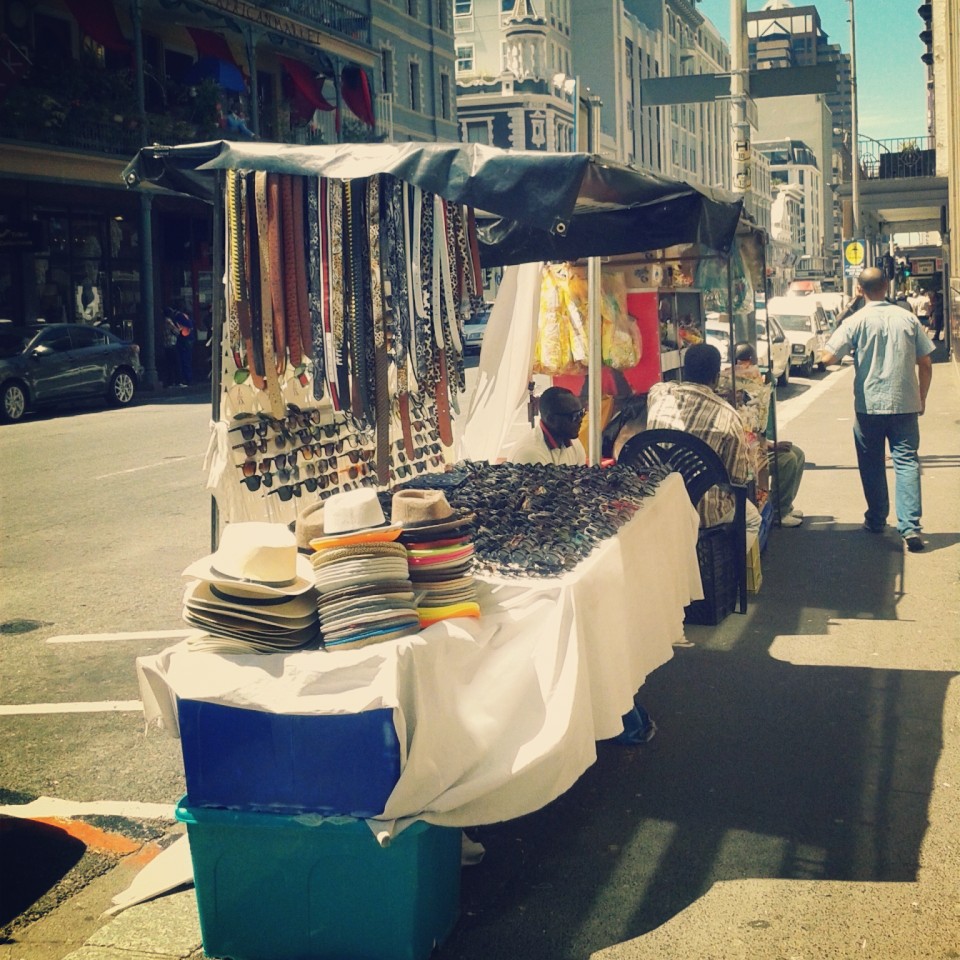 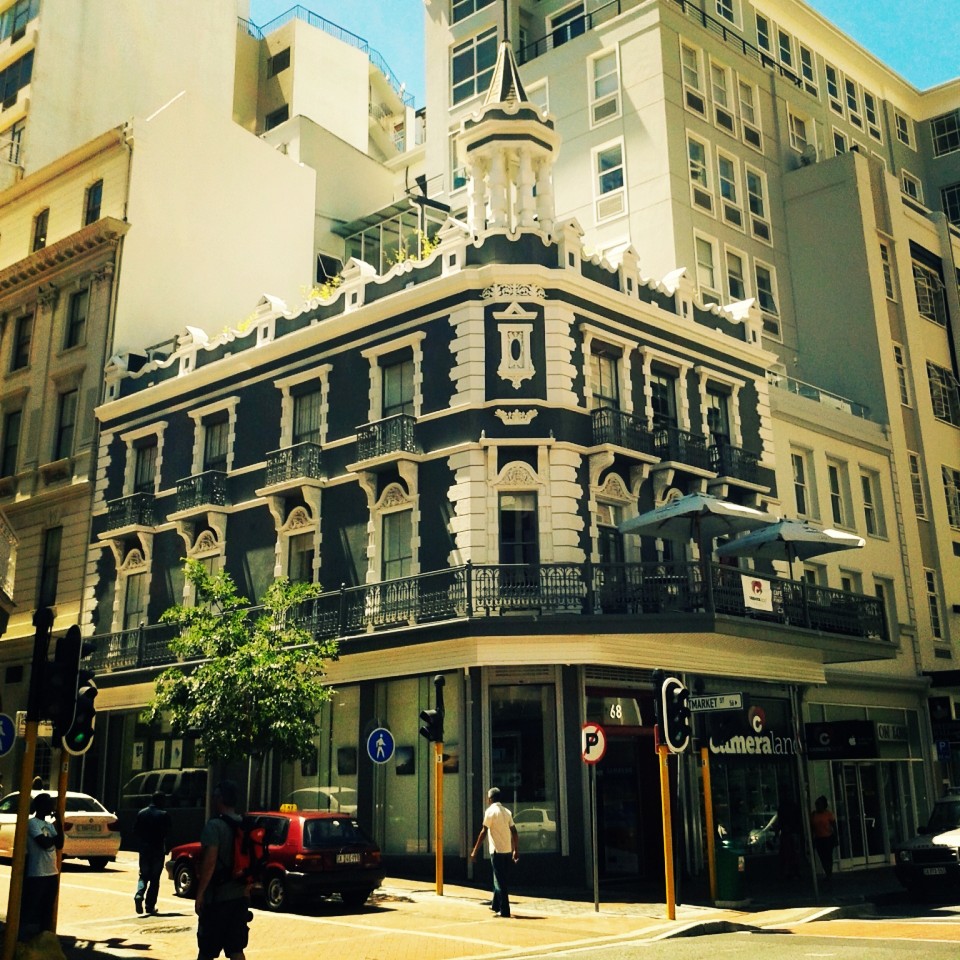 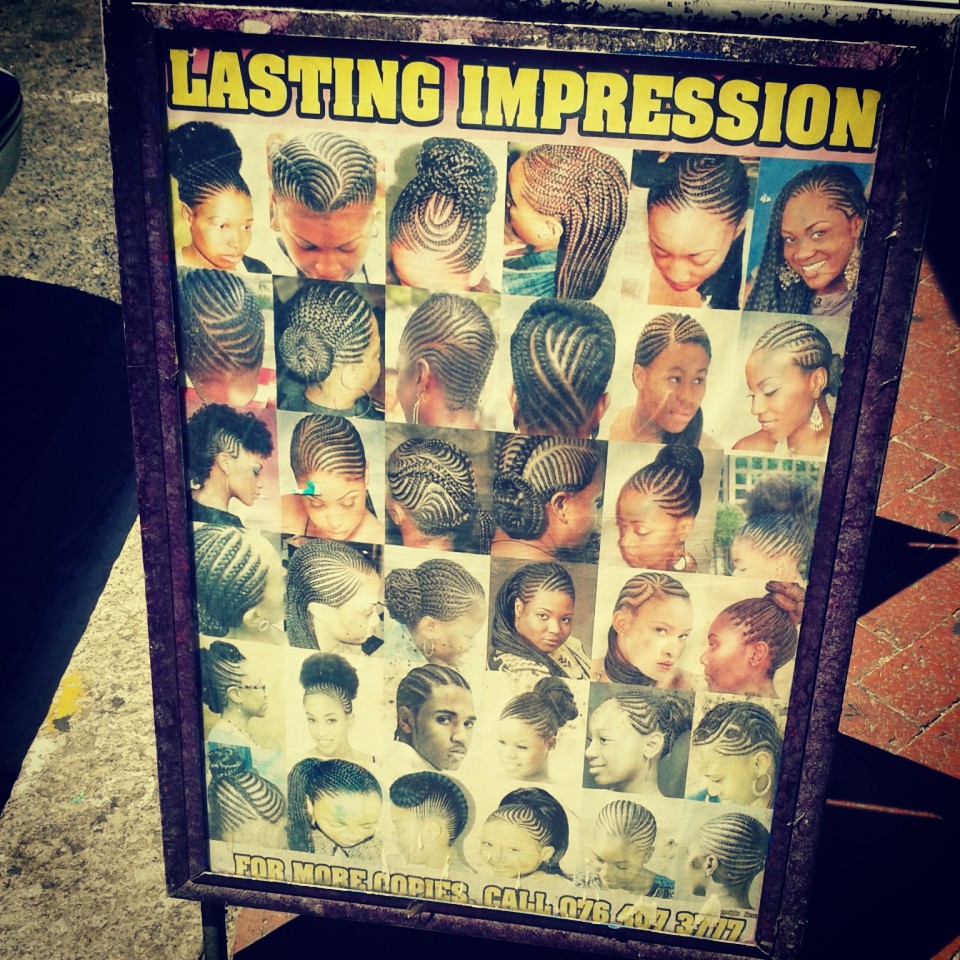 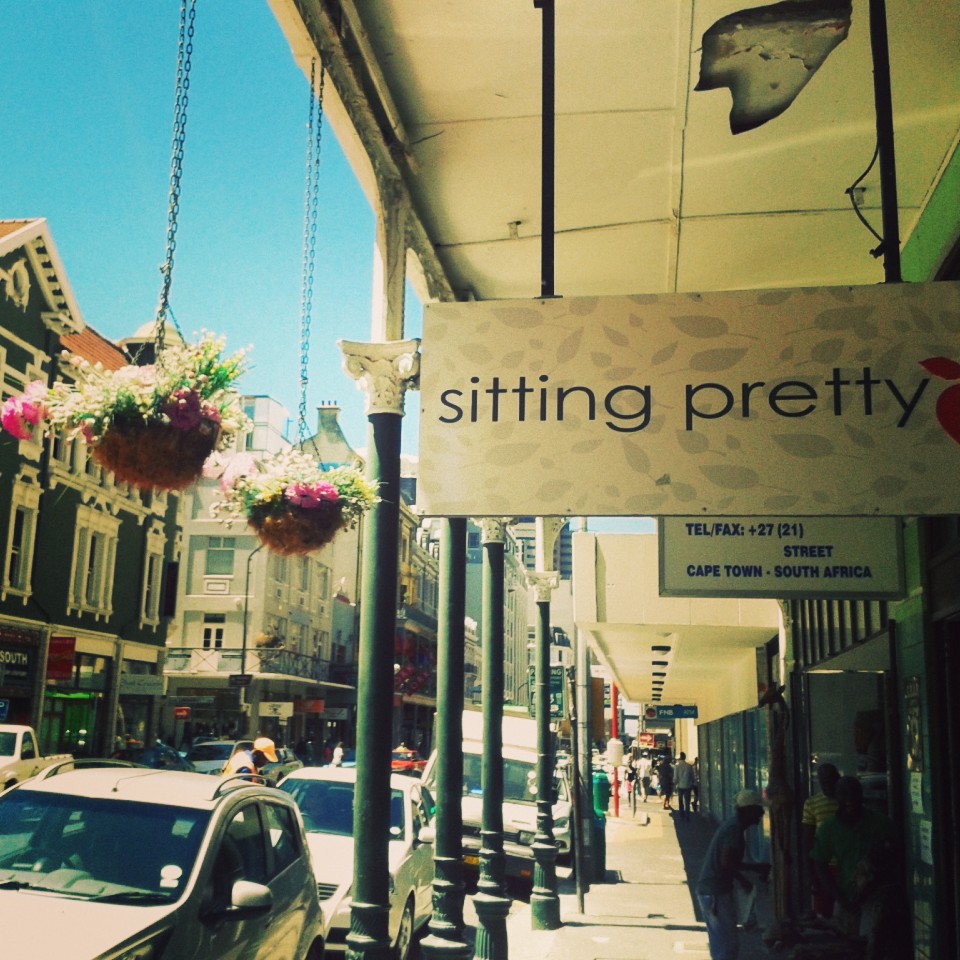 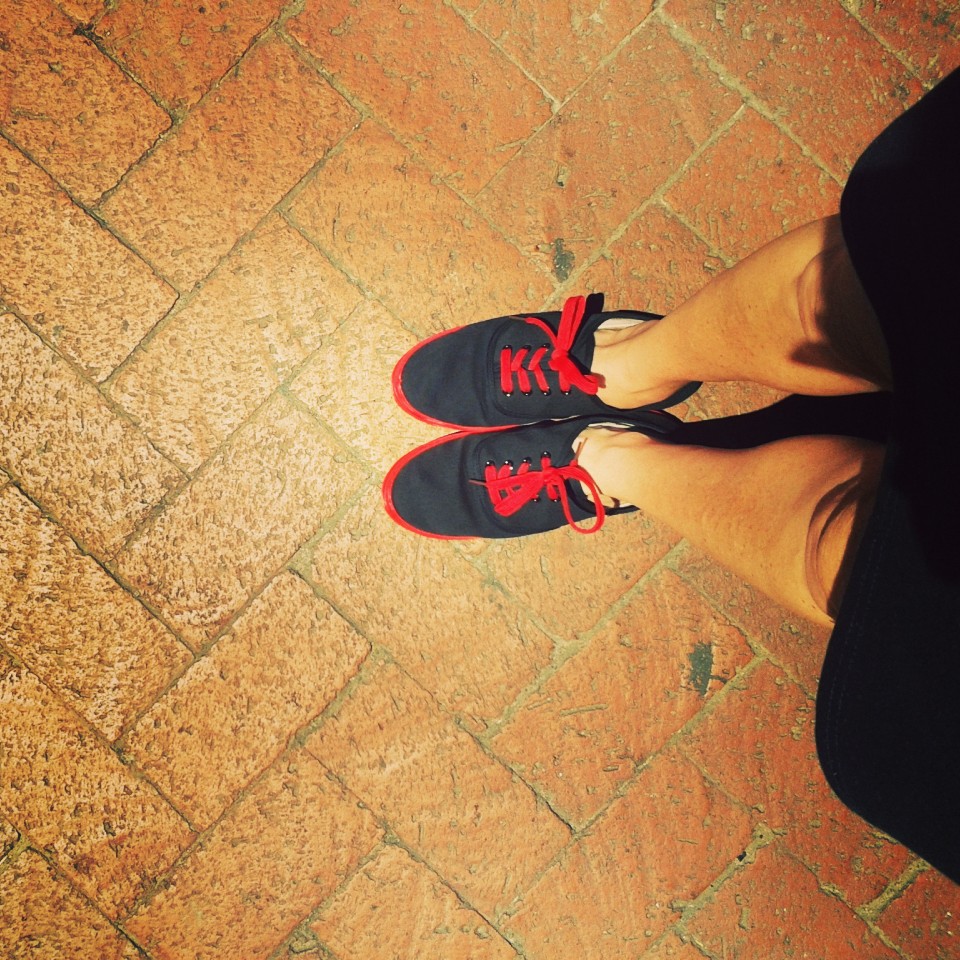 It’s called Long Street for a reason. The right footwear is crucial for exploring. 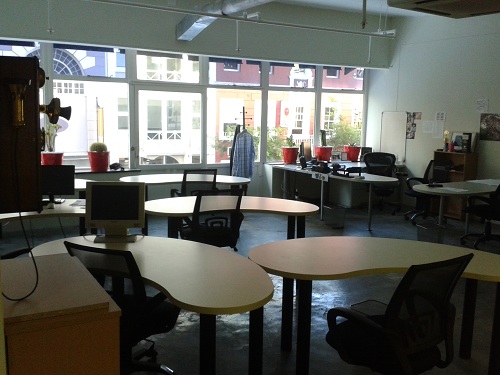 Step inside our offices: A photo tour

On 6 January, Pomegranite moved into our new office space on Long Street. 127 Long Street to be exact. It’s been the best decision we’ve made – after starting Pomegranite. Obviously.

While working from home had its perks (like a fridge occasionally full of food and a dressing gown), being in an office space with other humans just makes us feel… a bit more real.

If you’re in the area, pop in and say hi. In the meantime, here’s a little photo tour. 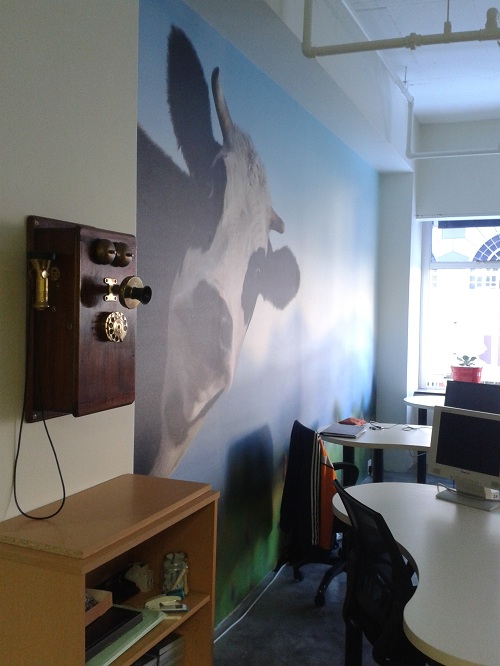 Yes. That is a phone on the wall. Also, a cow being friendly. 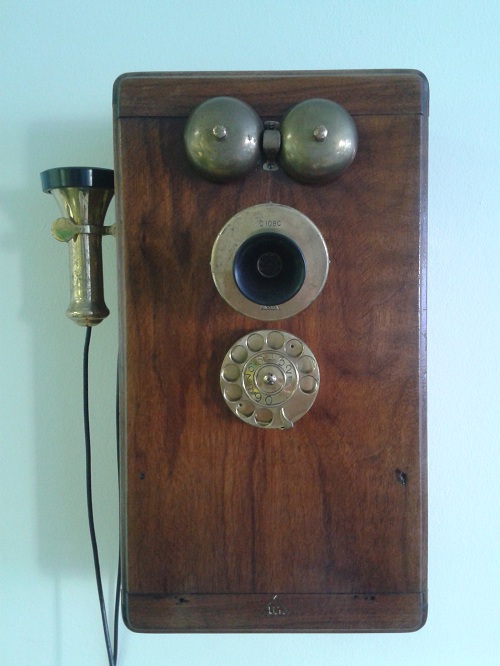 Just because this phone is pretty awesome… 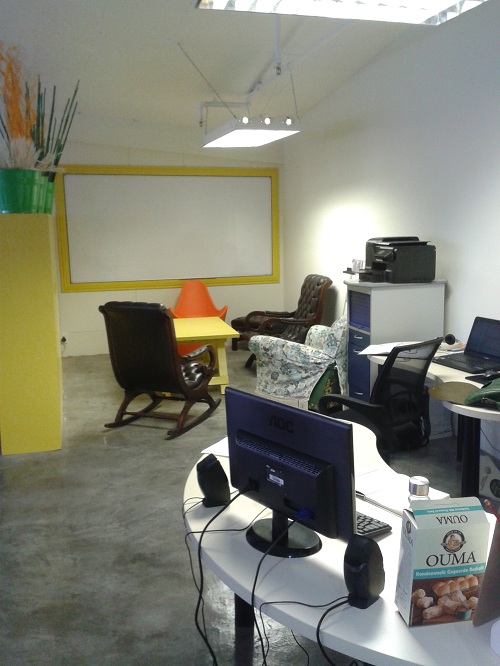 The meeting/workshop area, plus a bit of our desks. And what is a desk without Ouma Rusks? Nothing. That’s what. 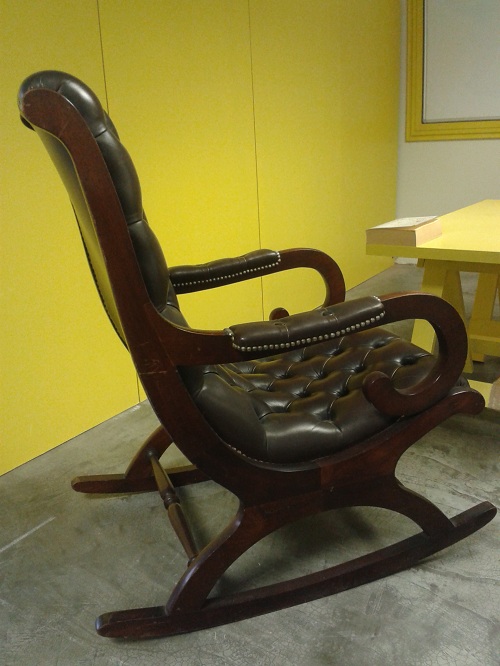 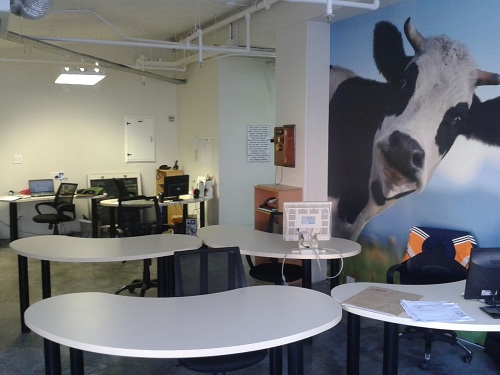 Looking towards the entrance – and our desks in the background 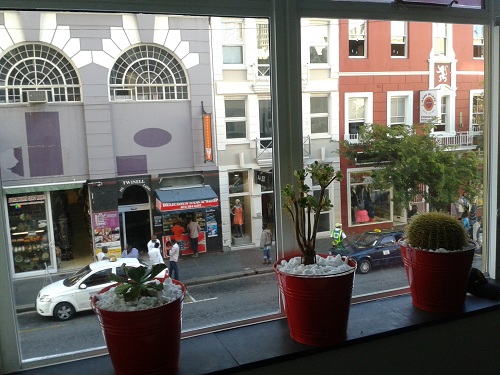 Looking out on Long Street 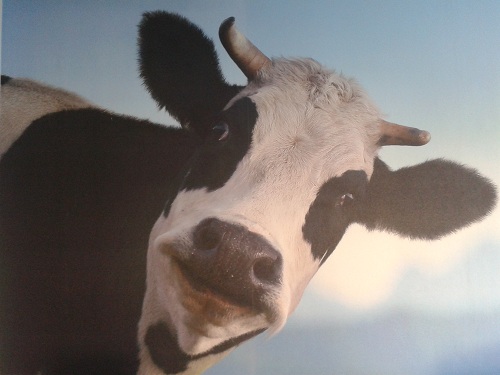 And one last time – this guy. Just because. 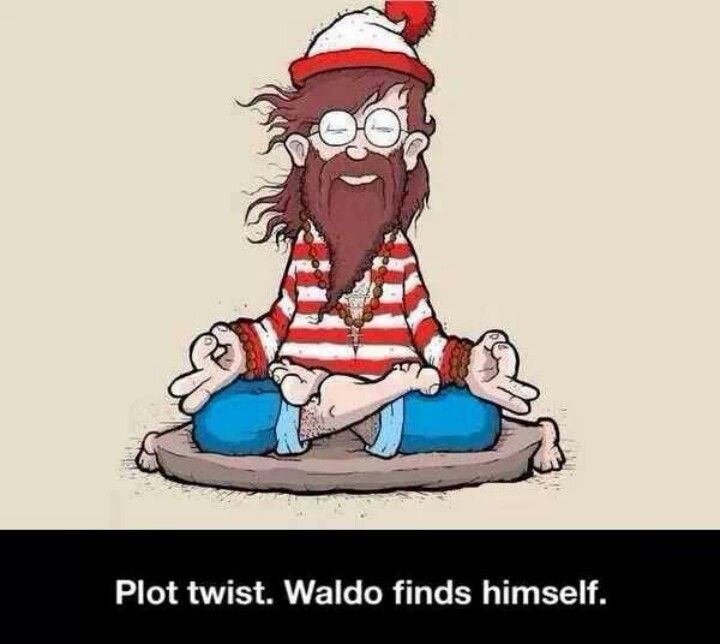 I don’t know about you, but lately my Facebook timeline has been full of New Year resolutions. That and engagements (ALL the engagements!) – but that’s a whole other story! People are looking forward to the fresh start that comes with a new year, whether it’s because last year was crappy, or just because 1 January brings with it a whole set of untapped possibilities.

Here are five things in particular I’m looking forward to in 2014:

1)      Working in a real, live office
We’ve been in our office on Long Street for a week now – and it’s been amazing. While working at home in the early days of Pomegranite was ideal (let me just remind you that we started in July, in the cold and the rain, when working in a dressing gown was more appealing than I would like to admit), being in an office with a bunch of other people, listening to the sounds of vibey Long Street drifting in through the windows, feels wonderful. It all finally feels real. And I suspect that we are going to grow more quickly into the business we would like to be because of this new step.

2)      Finding ourselves
Don’t be alarmed – we won’t be embarking on a trip to India armed with a backpack, fisherman pants and a copy of Shantaram. Rather, with each new project we complete and client we meet, we get a clearer idea of the kind of business we want to be, and of the way in which we would like the business to fit into our lives – both now and in the future. I think that 2014 is going to be a time when Pomegranite grows into what we want it to be. And that is very exciting, because we can decide, in a significant way, what we want our lives to look like in 10 years’ time. We can make that happen – and it all starts now.

3)      Exploring Cape Town on two (working) feet
In 2013 I spent a lot of time on crutches. And by a lot, I mean about eight months over the last three years. By a lot, I mean that, at one point my guns would have given Sylvester Stallone a run for his money. So – 2014 is my year of exploring this beautiful city on two working feet. This year I will be hiking, running, swimming and dancing all over Cape Town…. Just as soon as the biokineticist gives me the green light.

Pomegranite has brought so many awesome people into our lives. We have met jewellery designers, environmentalists, race car drivers, teachers, comedians, architects, property developers, actors, designers – the list is extensive. I can’t wait to see who 2014 will introduce us to.

5)      Whatever comes of tough decisions

I’m going to be honest with you – 2013 was full of some horrendously tough decisions. The kind that make you look long and hard at your life and make some big calls about what you want in life. There have been times when it all just felt a bit impossible. But I think, at some point, the universe has to give you something back. A cosmic noddy badge of sorts to say: “Well done, human, for being brave and for taking those leaps. Here is your reward.” Right? Well. Let’s put it to the test, shall we? 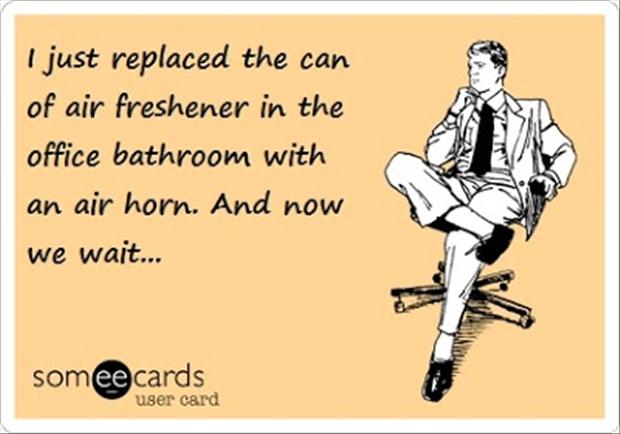 BIG NEWS: The Long and the short of it

You guys – we’ve been sitting on some big news for a while now, waiting ‘til things were signed and sealed before we told you. Actually, that’s not entirely true. Liz was rearing to go – and I was putting the breaks on until things were, you know, o-fficial. That’s generally how our work relationship goes.

But, yesterday was the big day. Contracts have been signed and sealed and – DRUM ROLL…. Pomegranite will have office space in January! Not just any old office space, mind. Office space in Long Street! I know! Could it get more exciting? No, it could not.

We can’t wait to be a part of the bustling life on this iconic street in the Mother City – or just around the corner from our friends at Chandler House.

It doesn’t even feel real yet, for me. But don’t pinch me. I bruise like a freaking peach.

So, in the new year, come and say hi at 110 Long Street. If you time it right, you could pitch up in time for drinks on our balcony, while eyeing the beautiful Mungo and Jemima dresses across the street (I know, right? Meant. To. Be.).

Yip. 2014 is looking pretty damn exciting for Pomegranite. Thanks for all the encouragement and for coming along for the ride by following our blog.