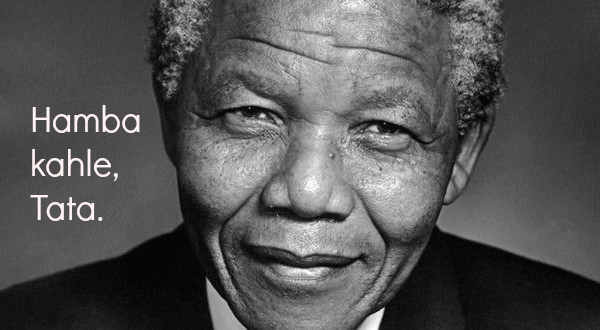 It’s a strange thing, to feel so much love for someone you never met. Or to feel such grief on hearing that they have died.

But I do love Madiba. We all do. Because he loved South Africa – in the most remarkable way. The lessons he taught this country – and the world – still bowl me over. Nothing and no one make me prouder to be South African than Nelson Mandela.

I couldn’t sleep last night. I sat glued to Twitter, wishing I had a TV, listening to 5fm until the early hours of the morning as South Africans from all walks of life called in to share their collective sorrow. In a country that is so divided on so many issues, it feels bizarrely wonderful to be so united in our love for such a wonderful leader. A wonderful man.

Each new caller said something that touched me. A young, black lawyer who couldn’t get out of his car, he was so struck by the enormity of Madiba’s passing – the enormity of what he had fought for and what he has given us. A nightclub owner who stopped the music and announced the news to the club-goers, who all stood in silence, together. A white woman in a relationship with a coloured man who was so grateful for the freedoms we enjoy that were hard-fought, hard-won.

As the tributes pour in from around the world, the beautiful things that are said make me feel warm and lighter.

Mark Gevisser captures our nation’s feelings so beautifully in the Mail & Guardian: “The words ‘Nelson Mandela is dead’ feel strange in the mouth today, almost impossible to say, given the unique way he was both martyred and canonised during his lifetime. He embodies a paradox: on the one hand we love him for his humanity; on the other, he already passed long ago from the world of the flesh… In person, he was not notably affectionate, but his image beams a very particular sensation: you just look at him and you feel held, hugged.”

Goodbye, Tata. Thank you for all you have done for us – for South Africa and the world. I am honoured to call the same country home. It is a place I love fiercely. And so much of that is because of you.