When you work with someone every day and they happen to be your friend, your communication skills start to develop super powers. You may be familiar with eye conversations from the series How I Met Your Mother (they even have their own wiki page).

It’s time to share two very special eye conversations with you. These happened without the exchange of any actual words. True story.

The first happened at Up the Creek music festival a little while ago. It was the end of a long, hot day and night of partying and while the crowds dissipated after bouncing around to the headline act, I sat on a surprisingly uncomfortable couch with some friends. A newly single Sarah returned from a bathroom mission with an enormous blue drink and a handsome, rugged, foreign, smiling man in tow. The following conversation ensued without any words:

Sarah: “He’s a total babe and so lovely!”

Sarah: “He’s great but I’m so not ready. I actually just want to go to bed but I feel bad ditching him. We met in the queue to the bathroom and he just bought me this massive drink.”

Liz: “Dude, I’m about to fall asleep sitting upright. If you want to hang out with him, go for it but you have about 15 seconds before I announce that I’m going to bed.”

Sarah: “Okay cool, I’ll have a little chat and then use you as an excuse.”

The second eye conversation happened recently with a very pleasing outcome. Sarah and I were strolling along the ‘Boomslang’, the canopy walkway in Kirstenbosh, during one of our inspiration days discussing our next move in world domination when a man walked towards us with such ‘pazzaz’ that just his outfit demanded an eye conversation.

We both saw him in the same moment: jeans bunched so much in front that they could only be described as ‘cod-piece jeans’ paired with mostly-unzipped artificial fur waistcoat (no under-shirt needed).

We had to act quickly. There was not time for words. Only our eyes could do the job:

Sarah: “Go stand in front of him and I’ll pretend to take a photo of you.”

The evidence of our eye conversation, dear friends, is below. 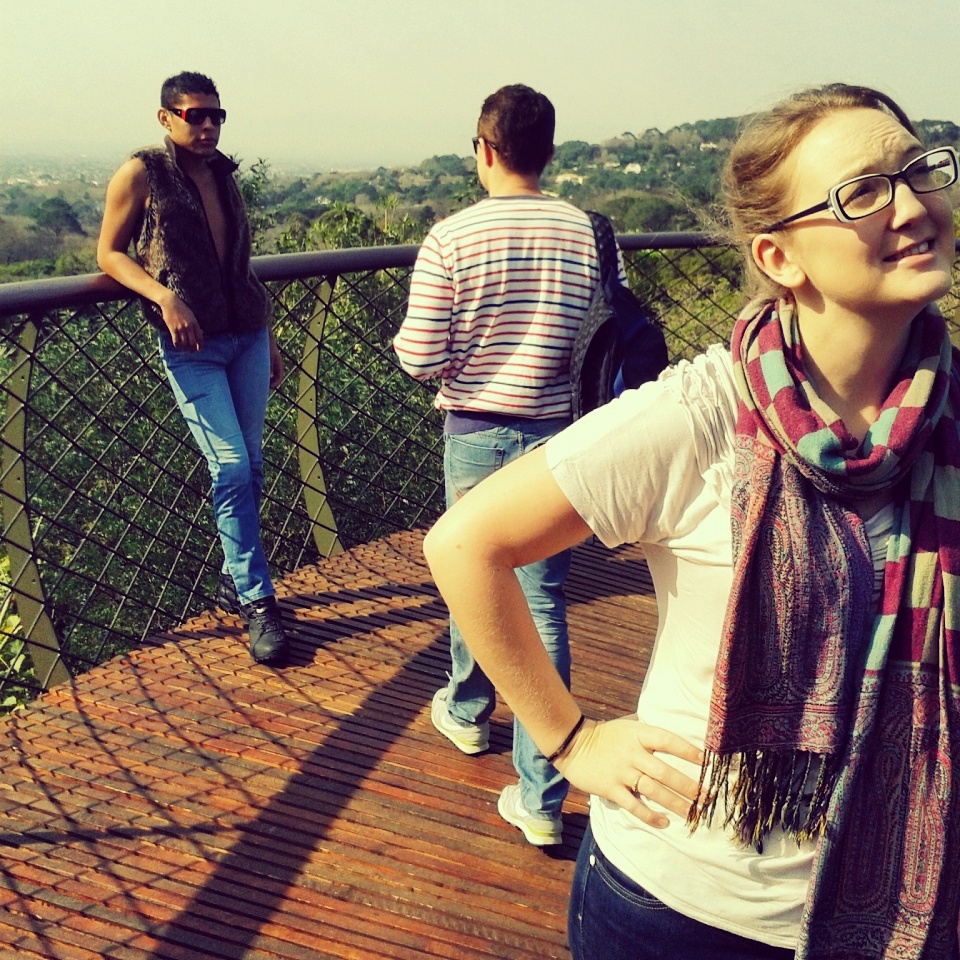