eCommerce is a lot more fun than you would think.

The last speaker on the first day was just the greatest. First of all he was inspirational – he said things like “the limit exists in our mind only” and “why not?” instead of ‘why?’ And my personal favourite: “before the existence of the black swan was an accepted fact people thought, hey, these people are crazy, maybe we should send them back to Australia!” He was funny and inspirational at the same time.

Afterwards I went up to meet him and told him how much I had enjoyed his talk. He thought he was unprepared. I thought he was exactly what you want in a teacher. He didn’t tell you, he showed you and he didn’t elevate himself above you, he said that he had no doubt that I could do it too. If I attended nothing else at WordCamp it would still have been worth it! 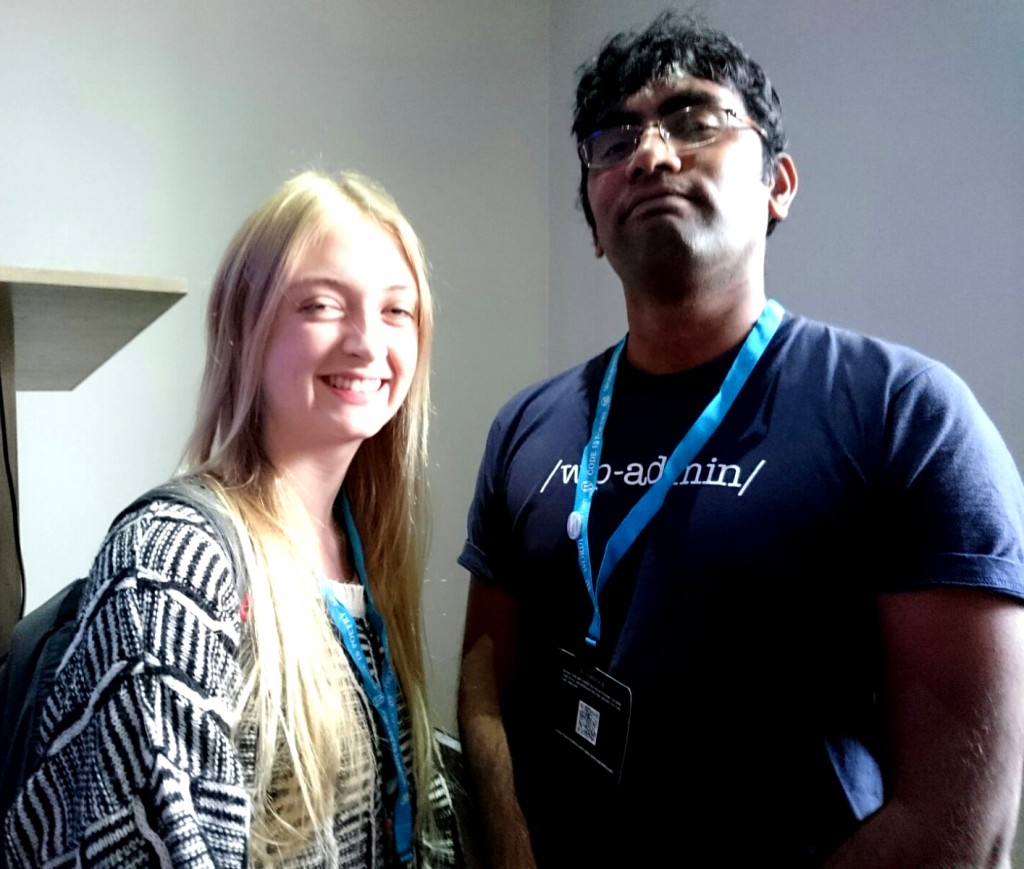 Hot Columbian speakers get the best round of applause (for two reasons).

I think that what Marcela Ospina had to say was incredibly interesting. Applying behavioural science and anthropology to how people behave online is compelling. Often we don’t really think about it. We are simply inundated with websites telling us something or selling us something every day. Taking a step back and trying to understand our own interactions with the digital world could inspire a 100 year project.

What was the greatest part of the talk? The fact that she was completely clear about the fact that using her knowledge for evil was exactly the opposite of what she wanted. She inspired us to understand the behaviour of our audience and use it for good.

Second favourite thing? The fact that it was the last talk at the end of the second day, it was hot and we were tired BUT the entire room perked up when she walked up to the front. Behavioural Science. Need I say more? 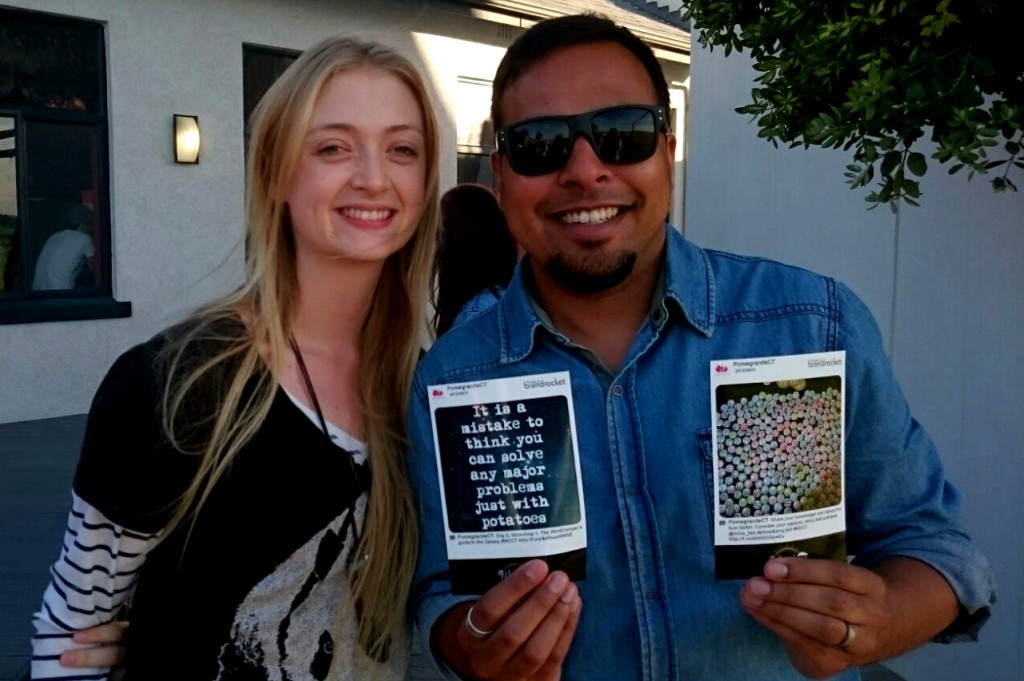 The possibilities are endless.

The theme of giving back, making a difference, being inspired and inspiring wove its way through WordCamp.  The Age of the Digital Superhero was a talk focused entirely on this theme. Often working in the digital world can seem to lack a concreteness. Where does the work that we do go? This, despite the fact that we tell our clients that an online presence is so important and how do you expect people to find you if you don’t work at it? By the end of WordCamp I felt inspired to learn more about WordPress and coding and also to give back using the skills that I have learnt.

Being well fed makes it easier to concentrate.

I think that the techie, digital world gets it right. Happy people, well-fed people, people who do not need to worry about their basic needs, will give you a great product. The food at WordCamp was so delicious. The first day was a little disappointing for me because there were very few vegetarian options. And to add insult to injury the meat eaters were enjoying delicious looking little pies, samosas and beef kebabs. My food was delicious too but six mini bruschettas doesn’t quite do it like six differently delicious culinary treats. Luckily for everyone, the food on the second more than made up for the first. So delicious. All I am going to say is I received a few looks as I piled my plate high. 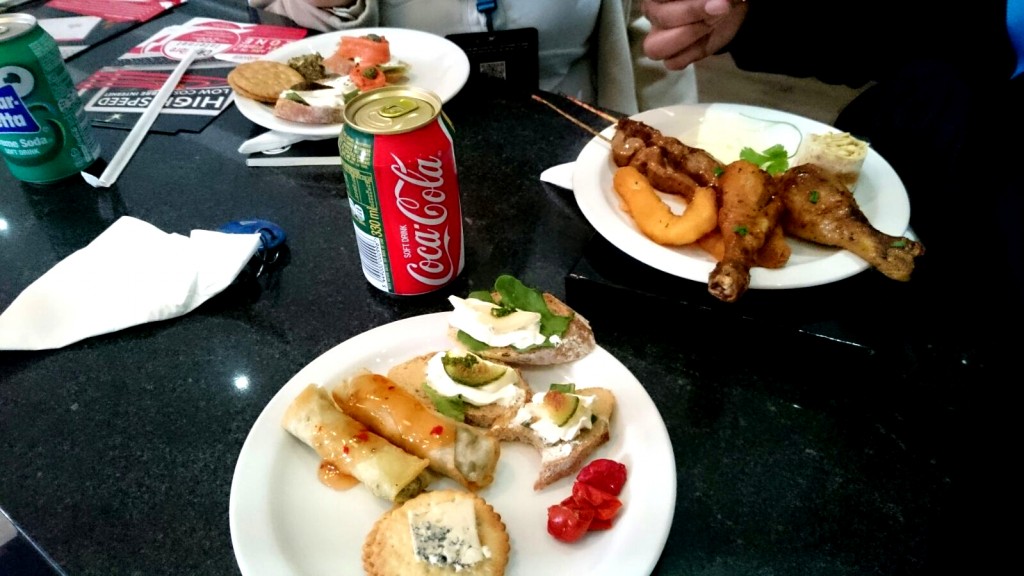 The first thing I did on the morning of WordCamp day one was get my tag and go through to the tea/swag area. The walls were lined with tables of goods from the various sponsors of the event. As I walked in I was shocked. All of this stuff was free. I could take one of each.

The set up intrigued me though. It seemed to me that either someone should have studied this moment as a social experiment or maybe they were already.

The first item we were confronted with was a portable phone charger. This was free to take. I felt strange picking it up. I held eye contact with the gentleman behind the table for a little too long – my eyes imploring his to give me some clue. Is this for real? Can I really have this? I moved on picking up stickers, notebooks, socks, T-shirts, yoyos, mugs and mouse pads. By the time I reached the end I needed a bag and, what do you know, the last item was a bag to deposit all of these goods into. Somehow I managed to observe my own behaviour and behave at the same time. I watched myself slowly walk around the room and wait for someone to jump out from behind the curtain and take all the cool stuff away.  But they never did.

Lying in the sun, by the pool on a lounger does not make it easier to concentrate. However hitting a golf ball perks you right back up again. Well played WordCamp, well played. 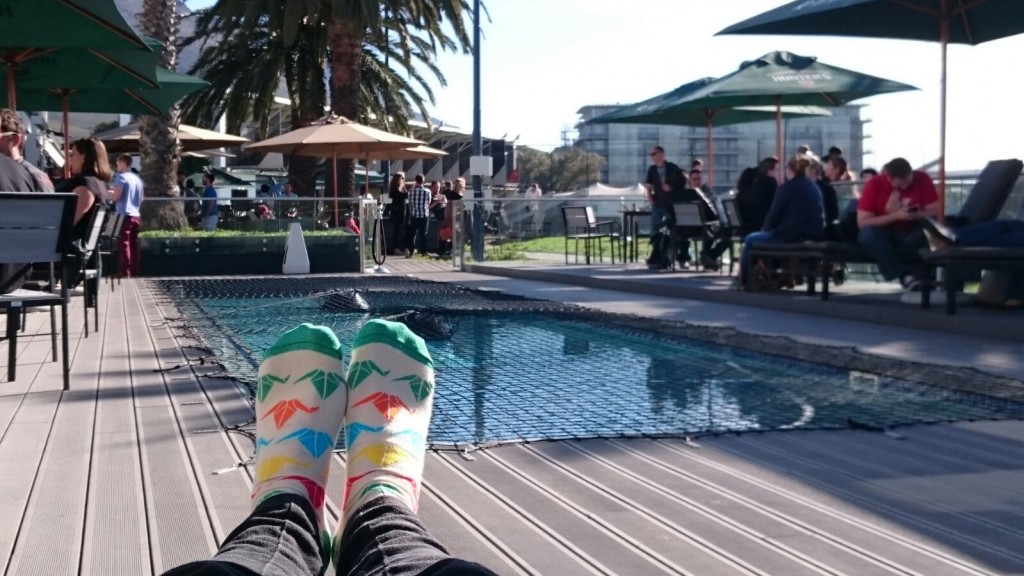