Pomegranite Online Presence Consultancy. / Behind-the-scenes at Pomegranite  / On the hunt for hints 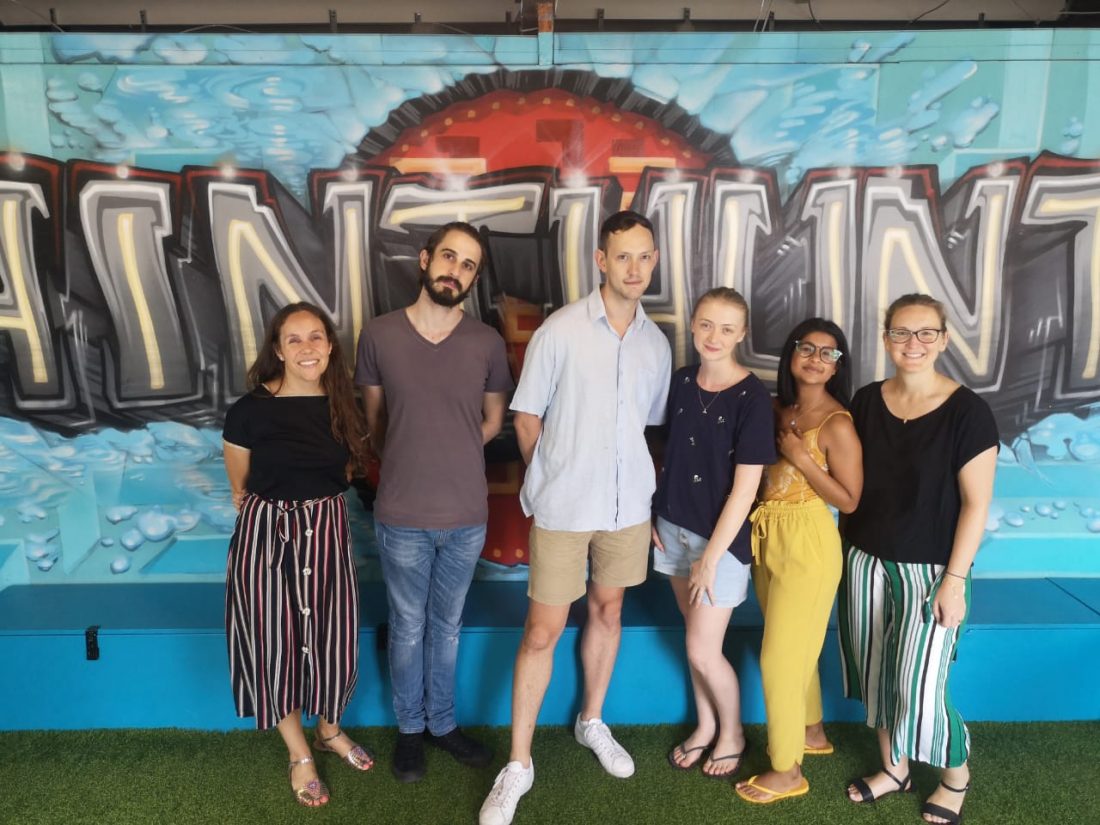 On the hunt for hints

Our return to the office in January was brightened by the arrival of our distant Pomegranite, Carla, who now lives in Oxford. In our first week back, we were sent a rather cryptic email from Liz inviting us to a mystery inspiration day with one line: “You don’t need to wear or bring anything special, just have your wits about you!” We left the office deep in debate about what it might be. After two weeks of suspense, the day arrived and all was revealed: it was the enigmatic Hint Hunt!

We were greeted by our enthusiastic Game Master, who got us well acquainted with the dos and don’ts of the game. It was revealed that our selected room only had a 20% success rate which raised our heartbeats as the door closed and the clock started.

A frenzy erupted in the small space as everyone frantically searched for clues and hints. With limbs swinging in every direction, we amassed clues and solved puzzles fairly quickly. A series of locks were opened, symbols were decoded, sudokus solved and remote-controlled cars driven. At this point in time, the clock was only 20min in. Our confidence levels were steadily rising but soon the proverbial rug was ripped from underneath us, and we were bombarded with an assortment of vexing puzzles. We valiantly solved our way to the last few minutes when, just like a spy movie, there was only one minute left, and through classic misdirection, panic and finicky fingers, time ran out seconds before we could open the door.

We had so many laughs and it was an experience we won’t forget. It was great to work together in a way that’s totally different to our dynamic in the office. Hint Hunt, this is not the last you’ll see of us!