Pomegranite Online Presence Consultancy. / Behind-the-scenes at Pomegranite  / Pomegranite is all set for WordCamp 2016!

Pomegranite is all set for WordCamp 2016!

Isn’t it funny how every industry has their annual big event where colleagues strut their stuff, hobnob with competitors and geek out at their sector’s hotshots over by the canapés? Advertising has the Loeries, Claire Dunphy has ClosetCon, and for WordPress developers, it’s WordCamp.

In 2014, when the business was just a year old and the team was only Sarah and me, we shuffled into the Cape Town stadium conference venue with no idea of what to expect. We quickly relaxed when we saw that most of the other attendees were techie dudes who were more nervous than we were.

The great thing about WordCamp is that it’s not pretentious or clicky. Within a couple of sessions, we had made friends and were having fat chats with people who specialise in different areas of WordPress website development. In fact, we’re still friends with a few of them today!

We’re content specialists so a lot of the hardcore technical stuff went over our heads but there was plenty that was practical and useful. Mostly though, we were so inspired by the sessions and workshops we went to. Because we taught ourselves how to build websites, it was often overwhelming and stressful in the early days but this gave us a chance to see what we could do and it was so exciting.

In 2015, I was away on a trip and Sarah held down the fort so we sent Carla and Riyad in our stead and oh, the swag they brought back for us! We were showered with notebooks and chargers and T-shirts and socks but these were the cherry on top of what (the already very knowledgeable) Riyad had learned and Carla’s newfound motivation. She was inspired to learn how to code and today, almost a year later, she’s learning PhP.

So in September we’ll finally be returning to WordCamp together as a team, a team which has now grown to include Alex, our new social media manager. Watch this space to hear about what we learnt!

Here are a few of the highlights from last year: 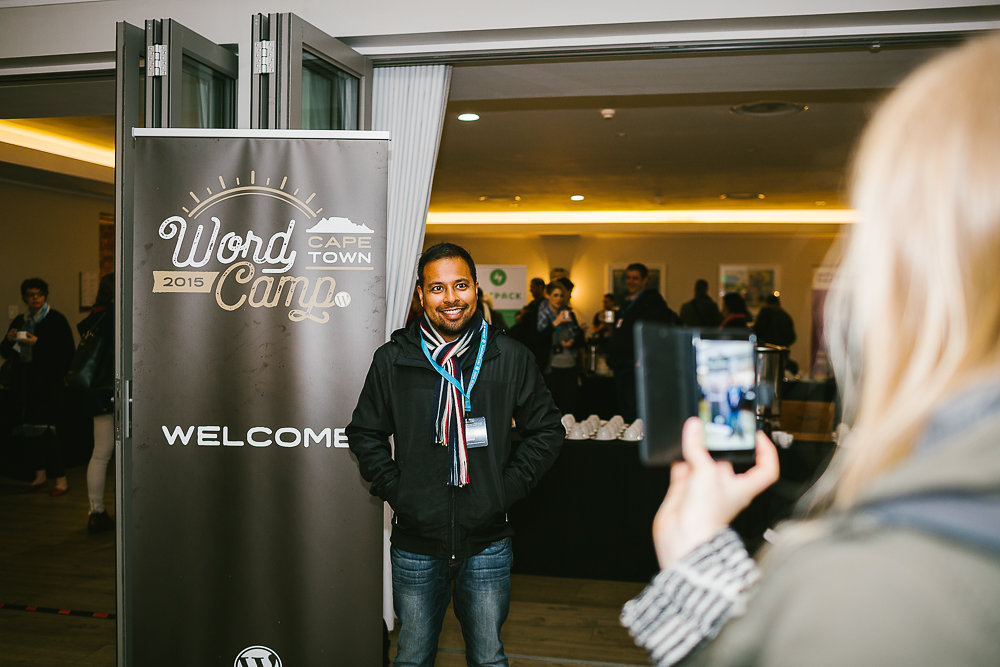 Riyad putting us all to shame with his photogenic face 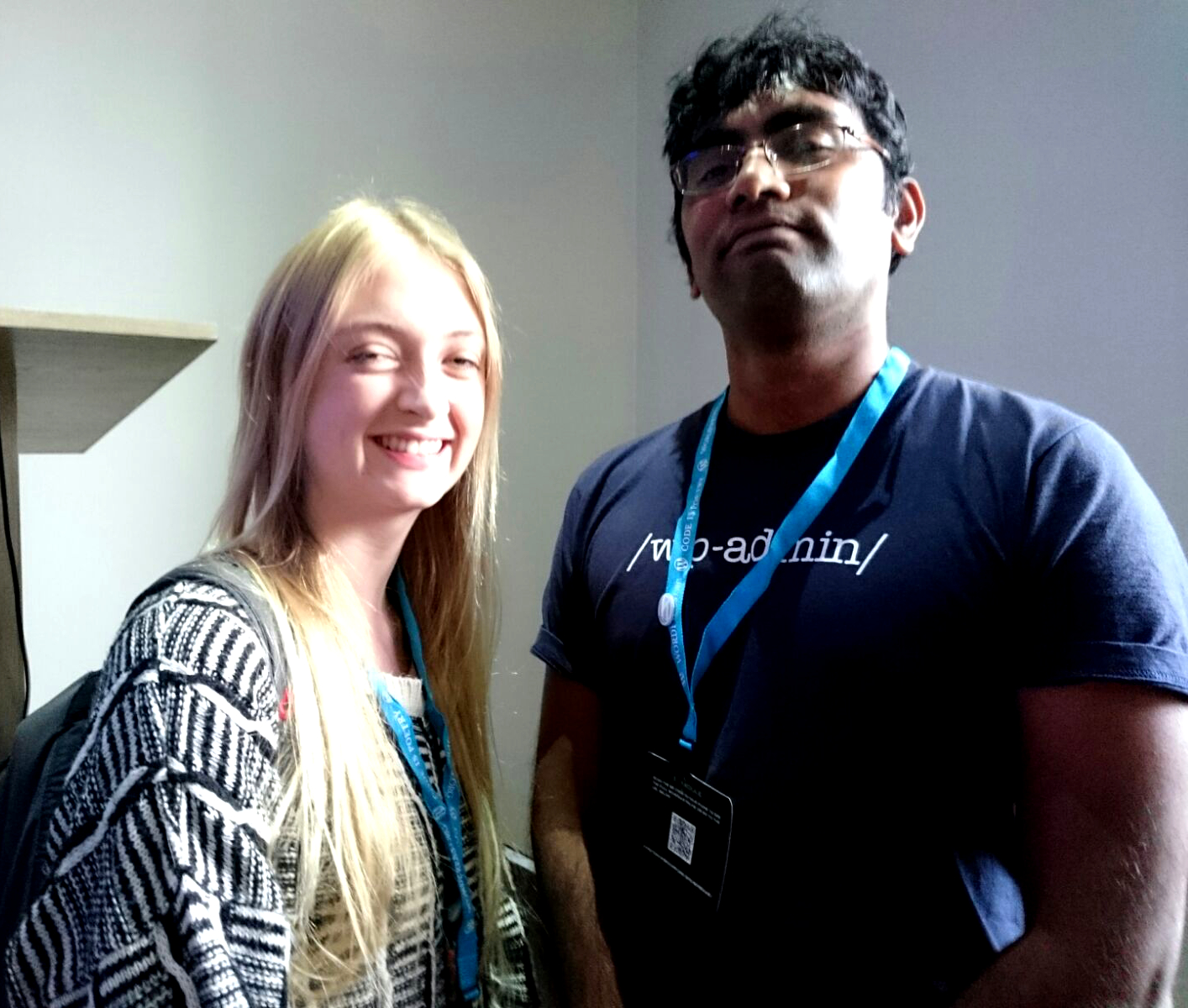 Carla fan-girling with a WordCamp hotshot. 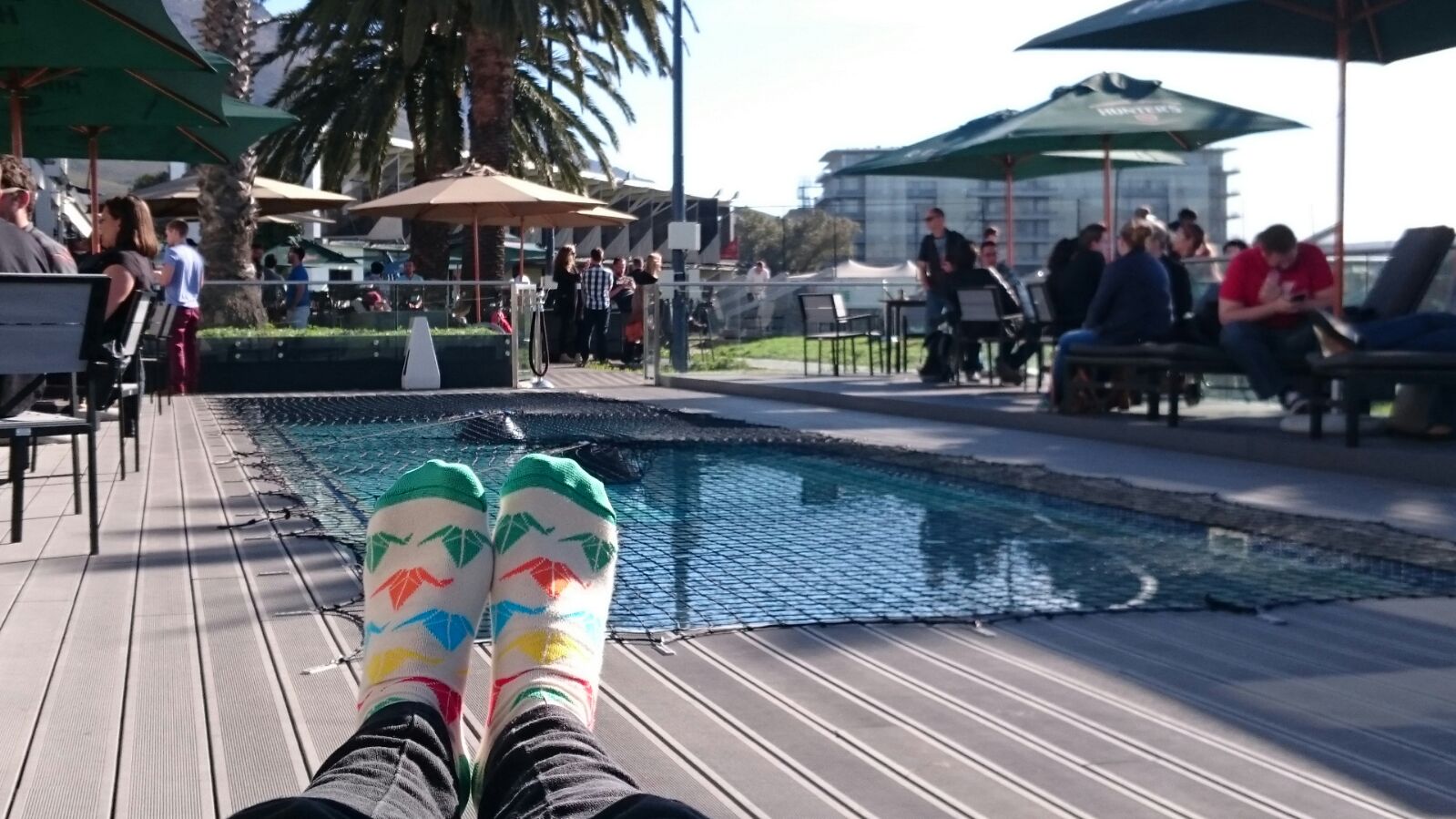 Lunch-time chilling at the pool with cool socks