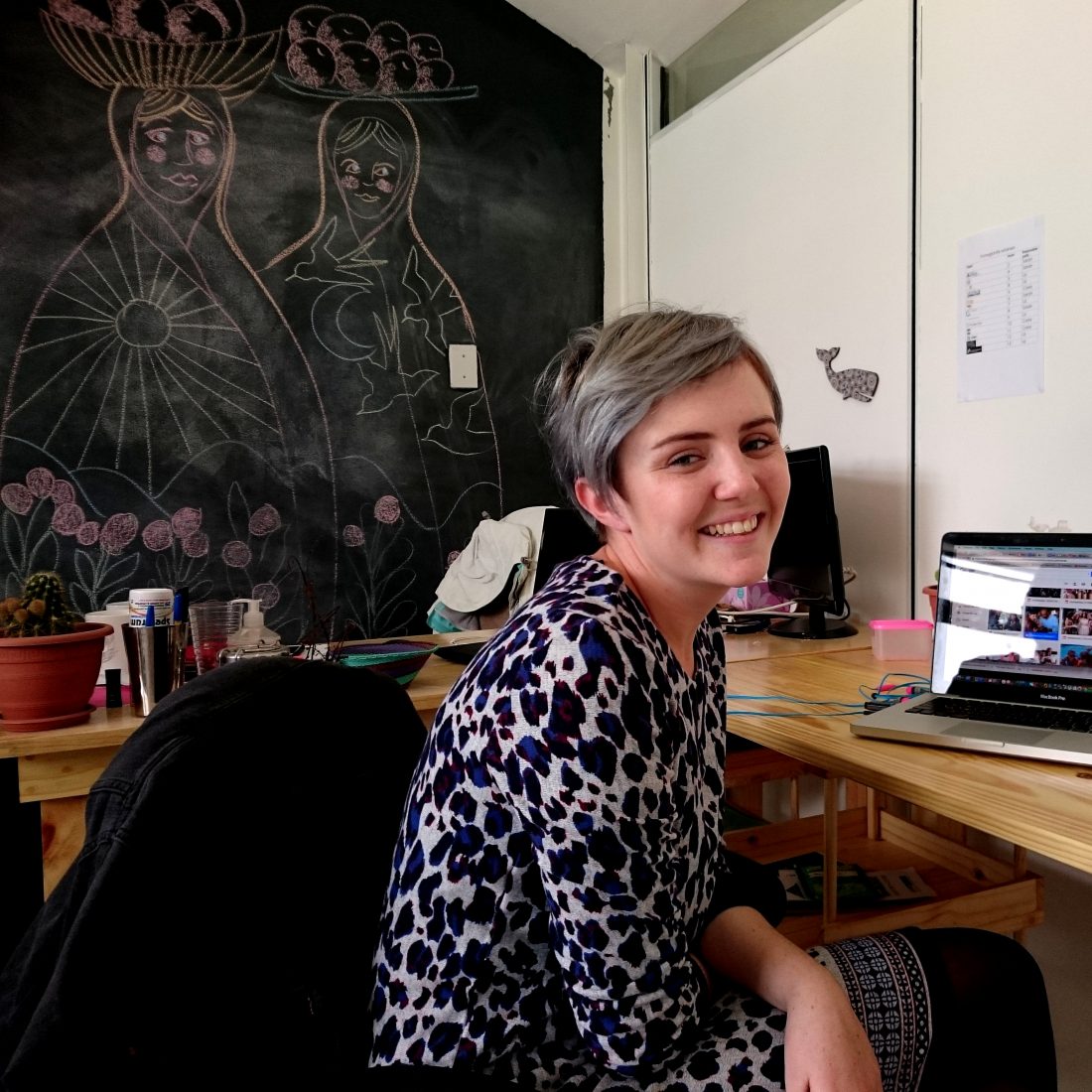 This week, the lovely Alex joined the Pomegranite team. She is our new social media strategist and community manager with fantastic blue hair.

We’re slowing easing her into Pomegranite life, but I don’t think it’ll take long before it feels like she’s been one of us all along.

To introduce her to you, we asked her a few questions. And she said:

Apparently when I was really young I asked my parents whether as a grownup there was a job where people could read you stories and you’d get paid for it. Personally I don’t think that’s such a silly idea. But once I found out that job didn’t exist I decided I wanted to be a police officer. I even had a Fisher Price hat and wrote out pretend fines to my parents if I caught them drinking.

The thing I enjoy most about social media is the capacity it creates for self-agency and change. When the Arab Spring occurred I was completely mesmerised by the fact that a digital platform had helped facilitate the physical gathering of millions of people as well as how that event unfolded on Facebook and Twitter versus more traditional news sources.

The best part is that social media is constantly changing, and none of us know exactly where it’s going.

It would have to be Christmas trifle made with fresh raspberries, peaches and cream. My mom makes the best one!

Everyone is incredibly kind and welcoming. But I’m not going to be too cliché and generic. All the Pomegranites are a little crazy – in the best kind of way. I’ve laughed so much over the past few days: from conversations about bad dreams caused by cheese to awkward yoga in the middle of the office. I’m excited to be challenged and learn a lot. But for now everything is perfect.