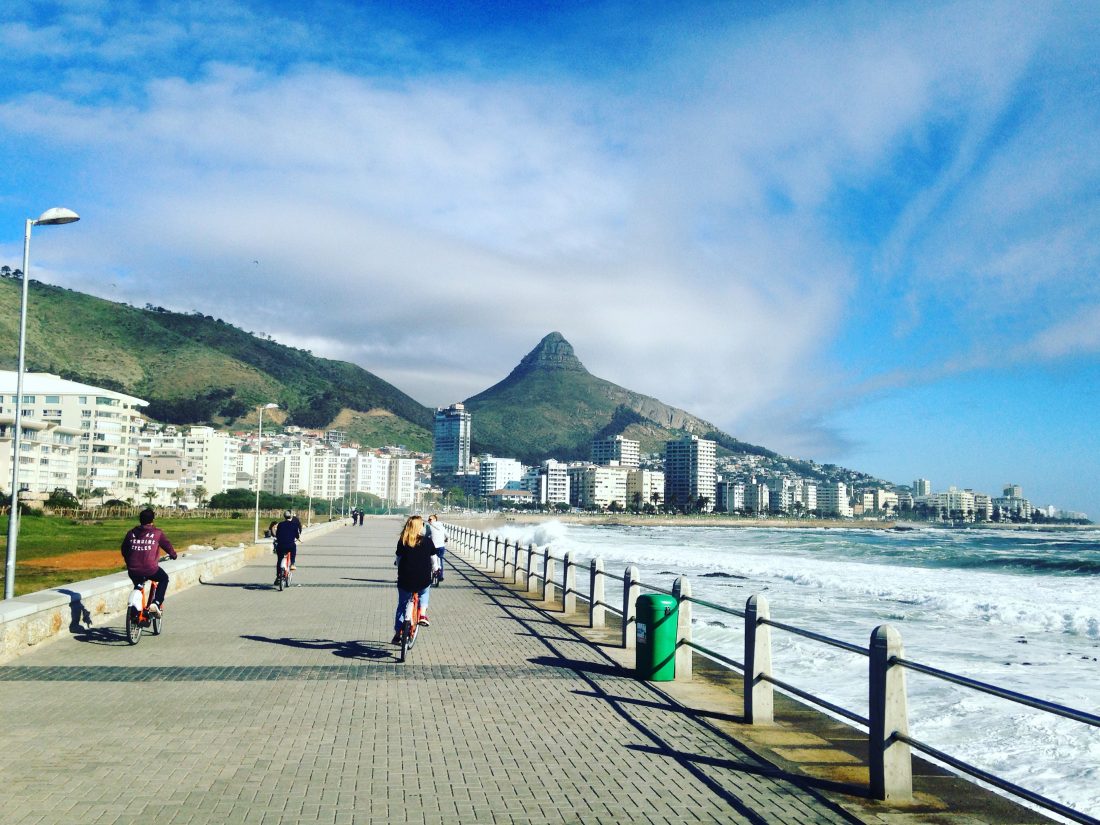 The activity for our August inspiration day was a topic of debate. There were those who wanted to climb Lion’s Head (Riyad really wanted to wear his compression pants), those who were angling for a Hint Hunt (vetoed, quite strongly), and those who thought Clay Café deserved a third visit (Riyad was reluctant, shem).

In the end, we opted for hiring bikes from Upcycles (fun fact: their website was one of the first we ever built) and cycling down the Sea Point Promenade. This has been on our list of potential activities for a while, and as soon as we set off in the sea breeze, I think we all wondered why we’d waited so long to choose this option. 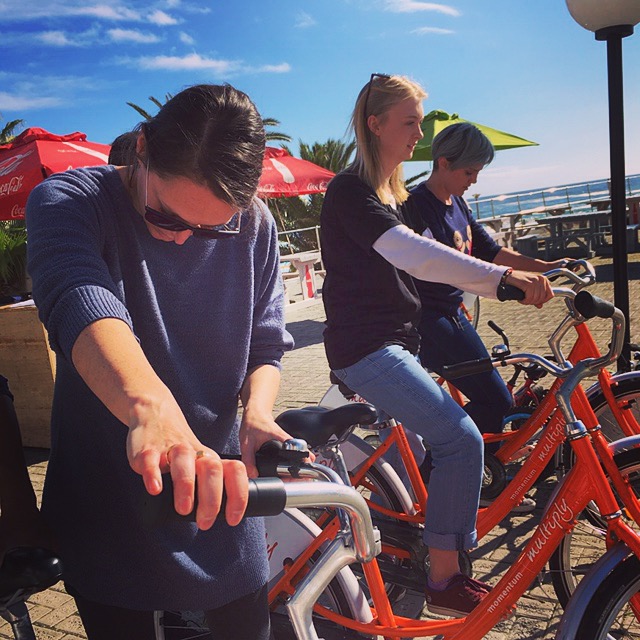 I was a bit shaky getting going and worked out that the last time I’d ridden a bike was in 2008 on the Aran Islands in Ireland. But before long, I was zooming along with the sun on my face and the wind in my hair and loving the fact that we were “so close to the SEA you guys!” (forever the Vaalie)

In answer, the bloody sea leapt onto the prom and drenched me.

The security guard walking towards us thought it was hilarious – and it was. 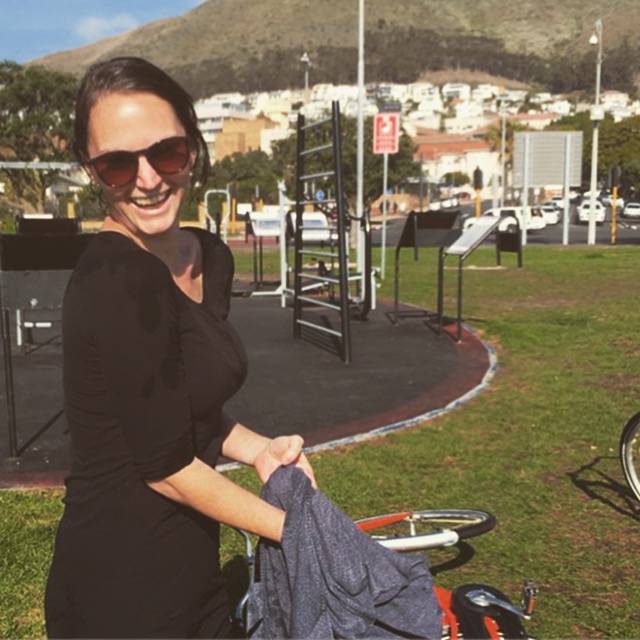 We stopped to play on the outdoor gym machines for a bit so that Riyad could prove that he can do pull-ups, and then set off towards the Mouille Point lighthouse and Green Point Park. 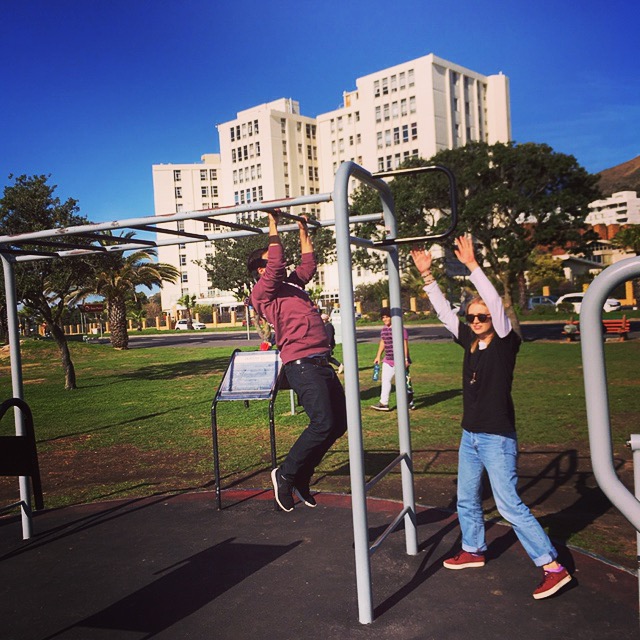 I came preeeeetty close to taking Riyad out in the park – I was distracted by a very cute kid on rollerblades. Also, I just wanted to make sure everyone was alert. 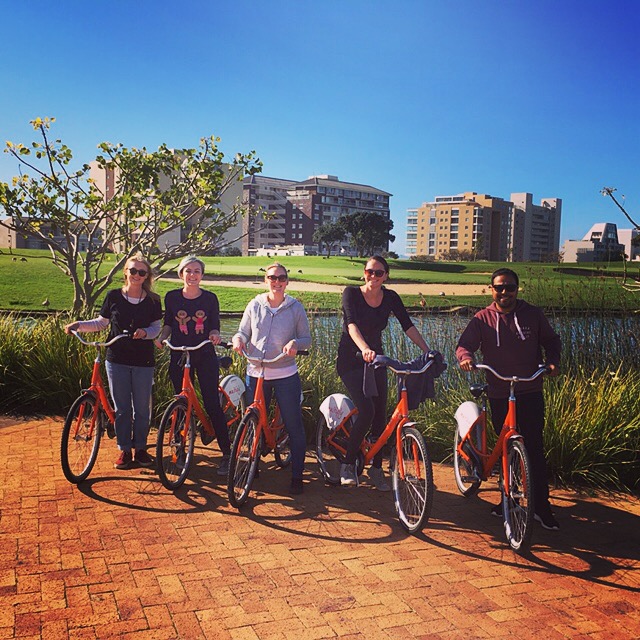 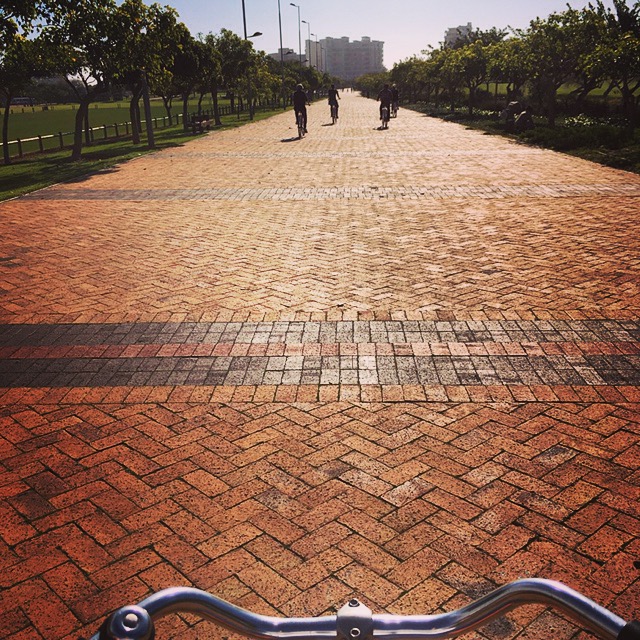 We pedalled back without incident, even though Liz and Riyad showed each other their tricks (which mostly involved lifting their hands off the handlebars for two seconds).

After dropping the bikes off we ate ice creams and pancakes while we talked about the business.

Top tip: feed your employees ice cream before you ask them if they’re happy.

Thanks Upcycles for an awesome afternoon. I know I’ll be back for sure. Maybe just with a spare shirt. 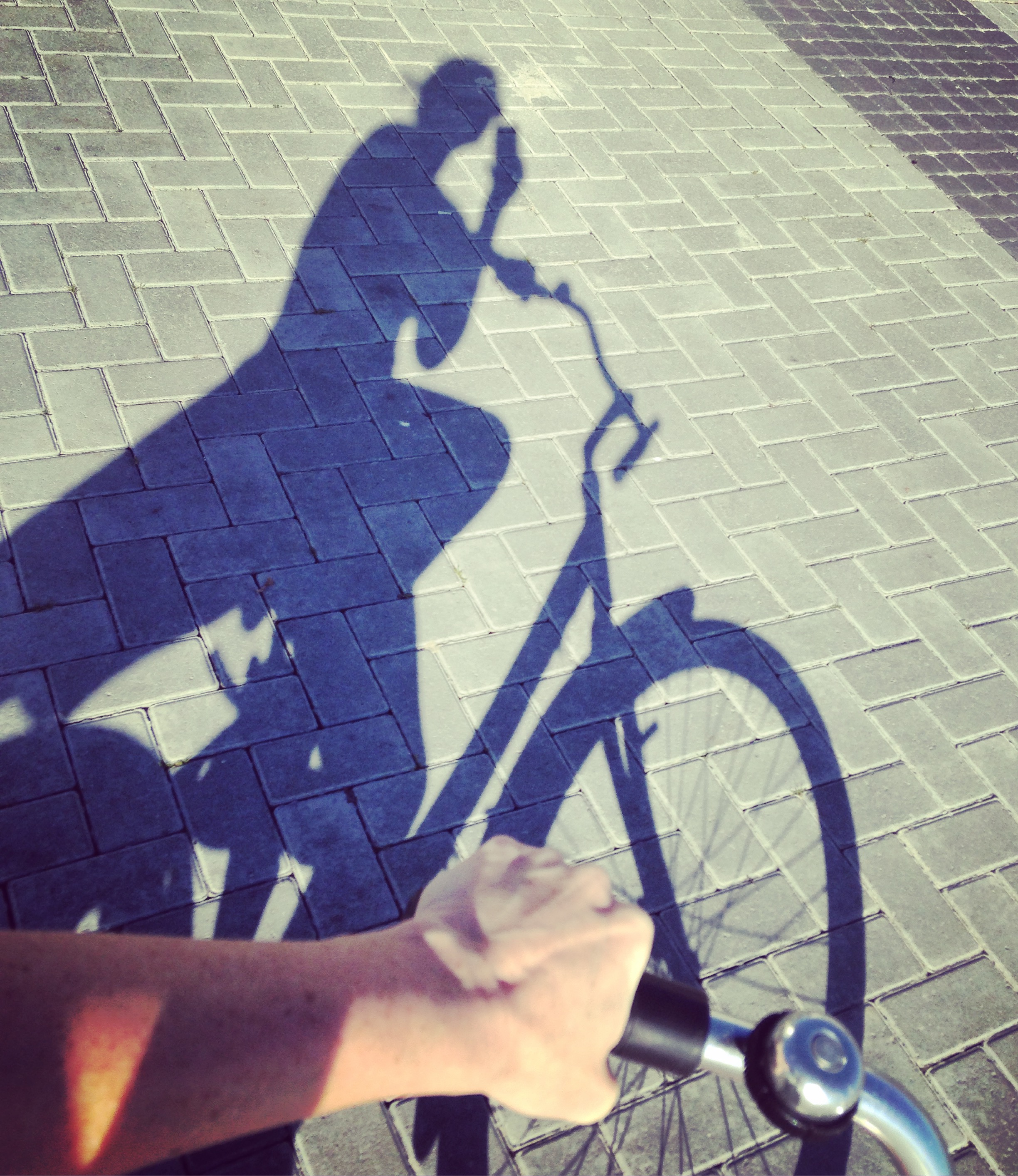